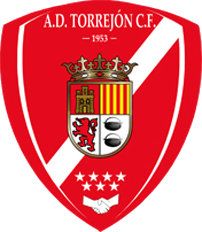 Agrupación Deportiva Torrejón Club de Fútbol is a team of football in Spain, in the town of Torrejon de Ardoz in Community of Madrid. It was founded in 2001 after the merger between the AD Torrejón and the Torrejón CF.

The club has 2 sections: a men's soccer team that plays in Group 7 of Tercera División and their female division boasts the club's only team playing football in a national division. The top team for women plays in the Segunda División Femenina, formerly part of the Superliga Femenina.

The team base is at 2 other clubs in Torrejon, the AD Torrejón and the Torrejón CF, who decided to merge in the year 2001 to form a single professional team in the League, the AD Torrejón CF. The clubs trace their emergence back to 1953 when CD Torrejon first was established.

The men's team managed to debut for the first time in Tercera División in the 2003-04 season, achieving a good sixth place, and remained in that category 2 seasons until the team fell. In the 2006-07 Torrejon was the leader of their group in Preferente, so he returned to Tercera Division. Currently struggle for permanence.